Writing this blog week after week, it is sometimes difficult to remember the places I have gone through and come to.  When people ask me where I’ve cycled from on a particular day, I sometimes have to stop and have a good think:  ‘Where was I last night, and where have I cycled from today’.  Anyhow, I will try hard and recall what has befallen me this last week or so.

As I write I am in Austin TX, the State Capital of Texas.  It is a pleasant place, full of young trendy cool things, probably because there is a nice university here as well as the legislative / State Assembly stuff.  It feels like one of the hippest places in Texas, with a bit of history and background, in a nice bit of Texas.  There are lithe, toned, good looking people all over the place, and there is a lot of shirt-off jogging checking the watch / device on the wrist every ten seconds to make it clear that you are a serious jogger.  There’s a part of it which is hipster, lots of beards and trousers half way down the backside, hanging out by the multitude of food wagons and micro breweries hat dot the streets with every imaginable world food and American development of, as well as IPA infall sorts of flavours, all sold at ridiculously silly prices.  I had a fried baloney sandwich.  What possessed me to have that I cannot imagine.  Still, Austin gets a tick as the most civilised place I’ve passed through on this trip so far.

By and large, East Texas through which I have been cycling for the last few days has been a pleasant experience.  Green, farms, ranching, and evidently pretty flush.  The route has been following the Texas Independence Trail, where lots of history and activity happened in the early and mid 19th century as Texas was wrested from the Spanish (The Alamo, Davey Crockett, Santa Ana etc) and then for a short while became an independent country and was then absorbed in to the USA.  Austin TX is named after one of the independence families, as is Houston TX, after Sam Houston one of the independence fathers.  I went though areas that were settled by German and Bohemian Czech settlers in the mid 19th century, so with a very Germanic character and nomenclature  of town and roads.  Lots of breweries and bierkeller, also vineyards, with typically Germanic wines like Riesling and Spatburgunder, all of which retail at ridiculously expensive amounts in the shops. $40 a bottle is not unusual.  That’s 30 sterling.  Not for everyday quaffing.  However, I think that in the USA pretty much anything that has an artisan character to it has an inflated price.  East Texas has a prosperous and settled air to it, and has been in stark contrast to some of the feral places I’ve passes through in northern Florida and Louisiana.

The bit of Texas around Fredricksburg TX, which was settled by Germans and is in the heart of the wine country (Texas Hill Country, they call it here, but I’m not sure that they really know what a hill is - hillock hyperbole is at work here).  For about 15 miles before Fredricksburg there are a multitude of wineries, most trying to pull people in by theme-parking their endeavours, which makes me suspicious of the quality of the wine they are producing.  I’ll reserve final judgement until I’ve tasted some Texas Hill Country wine, although at $40 a bottle I might take my time.

Another interesting bit about this area around Fredricksburg is that just 20 miles down the road is Johnson City, founded by a forebear fo LBJ, who had a ranch around here.  Parks are named after him, as they are for Lady Bird.  At a rest stop I ran in to a guy called Tull (he said Tull is a Latin name ?!) who told me that LBJ was a lying, cheating, conniving SOB, and had fingers in all sorts of pies in the local area.  I suspect LBJ was a bit of an operator and a crook.  He never seemed the type to be socially progressive, but during his time lots was done about integration and poverty.  Well, that’s my reading, but Tull definitely had another take on LBJ.  Taking about those themes, Austin TX was very clear about its support for BLM, posters everywhere.  Mind you, I didn’t see a black person in Austin that I can recall.  It’s a very white place.   I guess it’s white comfortable middle class Austin’s attempt  to be right on.  Easy to do when the subject matter is absent from the scene, I guess.  What do they call it, virtue signalling ?

So, where else have I been ?  Leaving Kountze TX on  Saturday 23rd April, I had good tailwinds and straight and level roads taking me initially through the Sam Houston State Forest, past pines tress and Yogi Bear Rangers.  One pine tree is very much like another.  And Yogi Bear always looks like Yogi Bear. That day took me to Coldspring TX to a rather run down motel with a chaotic receptionist.  That was more than made up for by a walk in to town to experience crawfish and boudin, Louisiana Cajun cooking.  I’m not sure why it’s here in the middle of Texas.  It was very - well, an experience not for the fainthearted !  Crawfish are not pretty things, poor distant relations to the langoustine, and present themselves when boiled in a very aggressive dark red.  There isn’t much meat on them and it requires quite a bit of dexterity to get at.  The boudin is a kind of light haggis, but made with rice rather than oats. I preferred the boudin to the crawfish. Crawfish eating is a messy business, and since they are boiled with chilli seeds one needs to be very careful where the hands go afterwards !

Sunday 24th April I set off westwards from Coldspring TX to go to Navasota TX, with more riding through pleasant East Texas with a nice wind to assist me.  The Mexican place I ate that night was memorable for having a free Mr Whippy ice cream machine, all you can eat. I was moderate in my consumption, because as my sister Patsy always reminds me, ice cream late at night plays havoc with my constitution / bowels, especially when mixed with whiskey.  The whiskey has replace tequila as my nightly tipple these last few days and currently I am sampling some Wild Turkey which is one of my favourites.  In moderation, of course, and as a reward for my day’s efforts and to aid my sleep.

Monday 25 April saw me see off for La Grange TX, which the Texans pronounce in a very Anglicised fashion.  I’m trying to remember what happened in La Grange, but evidently not much.  Just another stop in Texas.  It will have been flat, green and ranching between La Grange TX and Austin TX where I was heading.  You can read all about Austin above.

After overnighting in Austin TX, Wednesday 27th April I headed for Fredricksburg TX, which as the name suggests comes from the German immigration in to this area in the 19th century.  As do the multiplicity of vineyards that dot the area.  Fredricksburg TX is a twee touristy place with lots of restaurants, some aping bierkeller, and some just trying to be trendy.  I ate at a faux Italian pasta place, which served somewhat overcooked pasta with a very sweet tomato sauce.  It will have been good for my carbohydrate intake, which is all I can give it credit for.  As  I’ve said, so far I don’t think I’ve come to the USA for the cuisine. The shops too are pretend trendy selling  tourist trite at inflated prices.  Some of the clothes shops looks as though they had imported Primark stock, put it on a dummy, tarted it up, and were selling it for huge prices.  I think anything in this part of the world which can be made to look or sound artisan, historical, original or different attracts a huge mark up.  Fact is most of it isn’t worth the money.  The wines are a case in point, marketed as Texan artisan wines that attract a huge price.  Give me a 10 sterling Pinot Noir or Rioja any day.  I suppose it’s the same the world over in touristy places.

Thursday 28th April saw me leave Fredricksburg TX for a long and fairly arduous ride across the much hyped Texas Hill Country to a State Park at Vanderpool TX.  Where I camped !  Actually, it wasn’t that bad.  I’d booked an RV spot with a bit of grass, because there is running water and some electric for charging phones and lights, as well as a hot shower.  The night was windy, but I slept pretty well.  Food was what I had with me because the town, such as it was, entailed another 4 mile ride to go to somewhere for food.  I’m going to have to get use to a bit of camping, because over the next week or so facilities as going to be few and far between.  So, on Friday 29th April, going for Vanderpool TX to Bracketville TX, I find myself camping again, after a long day of up and down, although the latter third of the day was flat with a benign wind.  The camping place is on an old military site, Fork Clark, which has been turned in to residential and recreational site, with an RV park and camping facilities.  I am supposed to be in the primitive camping area, but I couldn’t find it, so settled myself on the edge of the RV area where I can get some electric and a hot shower.  Nobody has said anything, so I’m staying put !  On the ride today, there were some pretty steep climbs, but nothing that I couldn’t handle, and nothing that you wouldn’t find on a trip across England.  Much more important is the wind, and at the moment it is favouring me somewhat.  I’m happy with that, hills or no hills.

Food at the moment is pretty basic.  As I move out of the nice eastern bits of Texas I go through lots of small towns, most of which look as if they have been hollowed out.  The people look unhealthy, weighty and lots without teeth, and I sense that I am moving in to the poorer parts of Texas, which will be from here on west.  The shops are basic, usually a collection of tinned and canned good, lots of junk food, and hardly any fruit or veg.  They remind me of a small corner store from 40 years ago.  I’ve resorted to canned pre-prepared tuna and biscuits for lunch.  Finding a banana is a treat.  I think it is only going to get worse as I go further west in Texas, and move from green to ranching to desert. 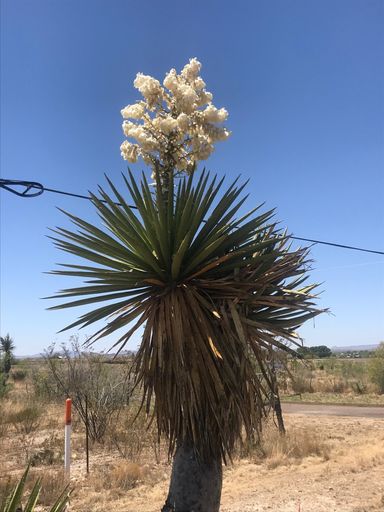 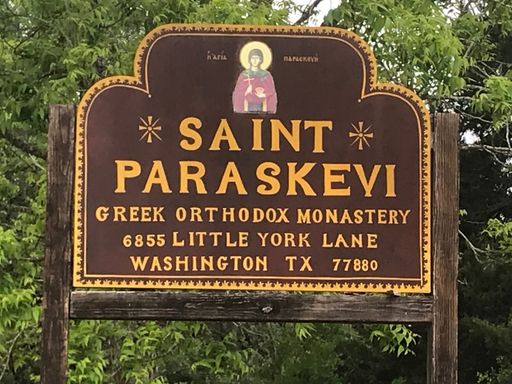 Something A Bit More Mainstream 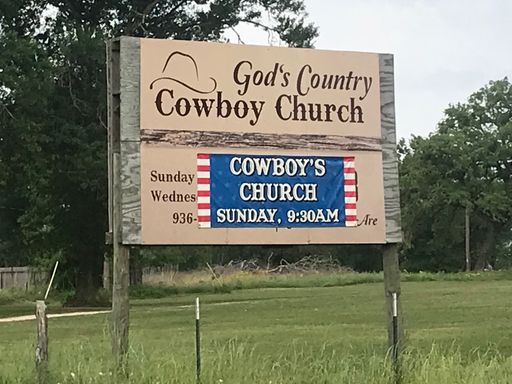 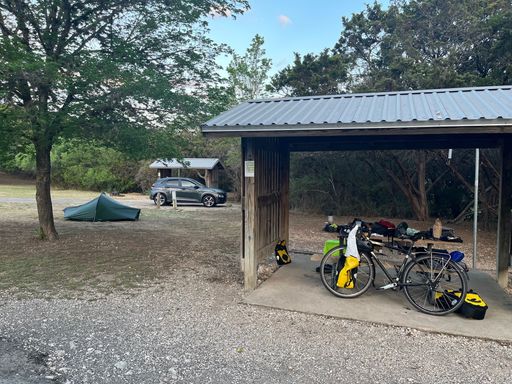 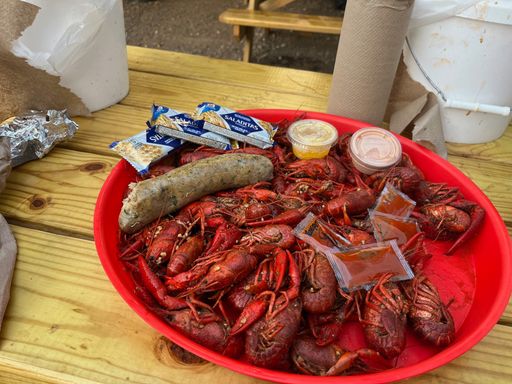 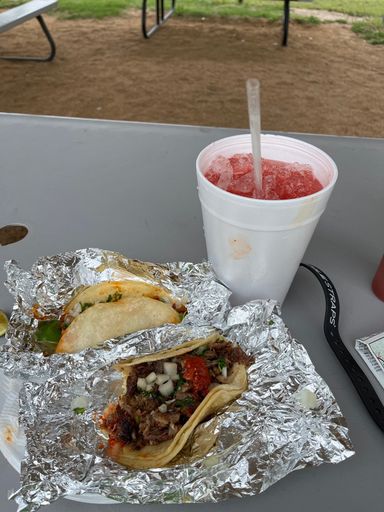 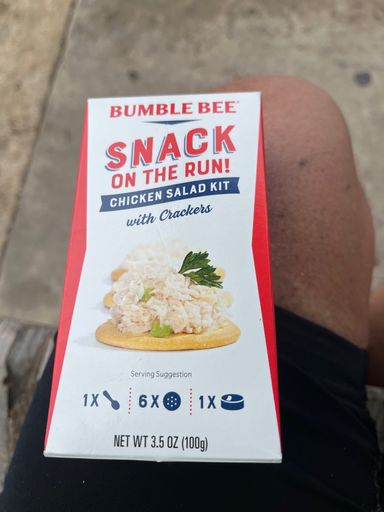