The first week of cycling this route takes me westwards across northern Florida and the Panhandle, mostly following US Highway 90.  It's flat and straight riding, its been sunny and clear, but there has been some headwind. I'm told the wind is variable. so some days you win, other days you loose.

I'll head for Pensacola FL and then move on pretty quickly to Alabama, Mississippi and in to Louisiana and New Orleans, where I will take a day's break.

Here are some thoughts, in no particular order, of what I've seen and experienced in the first week.

BRITISH AIRWAYS:  Huge plane, A380, and some comfort up on the top deck in the nice bit of the plane.  Most importantly, there is space and room to have a bit of privacy and to sleep. Which I did.

AMTRAK:  I took the Amrak train north from Miami to Jacksonville, a journey of 11 hours and many experiences.  The Silver Spur, I think it was called, goes from Miami all the way north to Washington DC, an overnight journey. It was definitely a train of two halves.  The sleeper cars were for the well-healed tourists, mostly Chinese and Korean, wanting to do the journey south to north in some comfort as they see the countryside.  The front bit, where I was, had a rather mixed bag of interesting and exotic characters, in to which categories, hopefully,  I do not fit - well, mostly.   The majority of these characters were BAME in one degree or other, amongst them some flamboyant cross dressing males / females / trans people who paraded up and down the carriages in various states of dress and undress creating mayhem and drama every time they wafted through.  ‘Nuff said.  They especially created trouble for the train staff, who kept telling us that Federal regulations applied to Amtrak, and masks had to be worn and surfaces cleaned.  I don't think the exotics took one bit of notice.  The journey was long, 11 hours, with little provision for decent food, in fact just very bad snack stuff at highly inflated prices.  I’m not sure what those in the sleeping cars did for food over their 24 hours, because there was no proper restaurant car for them.  Perhaps they brought their own Miami version of Fortnum and Mason picnic baskets.  The ‘coach’ section of the train was comfortable, with footrest and reclining seats, wide too.  Better in many ways than Avanti / Virgin first class at home.  Mind you, most of the passengers needed wide seats.  My posterior is compact in comparison to what you see here.

GREEN:  Florida is green.  Frequent thunderstorms see to that.  It’s a pleasant outlook, but boring after a while.  Lots of cottonwood trees with dangling fronds.  And, of course, lots of oranges.  The man from Del Monte, he say yes !

SIDEWALKS / PAVEMENT:  I’m mainly following Highway 90 across northern Florida and the Panhandle, which mostly has a good wide edge to it, so I can tuck myself away from the traffic.  However, when it goes through some towns like Lake City, the edge disappears, so I began to ride on the sidewalk / pavement, where nobody walks because everybody drives here.  At one junction a Sheriff’s car drove slowly by and he shouted from the window that the sidewalk was for pedestrians.  I shouted back that I had seen no pedestrians for the last two hours.  He just shrugged and went on his way.  As did I.  Perhaps he didn’t understand my accent. The thought occurs that no walking - and believe me, nobody here walks - leads to big backsides, referenced in my Amtrak comment.

TRAFFIC:  They most certainly are not driving small cars here.  Mostly dreaded pick up trucks, and the more hillbilly and redneck they are the louder and more aspirated is the pick up.  Lorries are huge.  Not to be tussled with.  I give them a very wide berth.  Petrol / gas is $4 a US gallon here.  I don’t think the noisy pick ups get many miles to a gallon.  Not much sign of the electric car revolution in these parts.  I think I’ll have to wait for California before I see those.

FOOD:  Mostly awful !  Nearby the motels I’ve stayed at you can pig out on all sorts of fast food of the McDonald’s variety, and other chains in proliferation that we don’t get in the UK, but essentially all convenient fast food  which seems to be very much in demand.  Another reason for big backsides, I think.  But trying to find something else is a challenge.  In Lake City I found a Mexican restaurant and had very nice tacos which were authentic and tasty.  Mind you, I’m not an expert on Mexican food, but they were definitely better than the stuff I’ve had in extremis in the past from Taco Bell.  Two of the tacos I couldn’t eat and  packaged up for a quick lunch the next day on the road.  Oh, and  I had a margarita and one of those Mexican beers with a wedge of lime in the neck.  So, I slept well.  In keeping with the Mexican theme my nightcap tipple of choice is currently tequila.  Sogni in technicolor guaranteed.  In Midway I had fried chicken at a small place, and the chicken was good, but boy, was the clientele something to behold.  Maybe because it was Friday night it seemed as though all the bros and the hoods were out with their broads (I think there’s another word that’s used that I won’t use in this family edition of the blog). In Marianna there was a good Chinese / Japanese place next door to the motel, which was very acceptable.  And passing through Defuniak Springs I stopped at a little street taqueria and enjoyed some tacos as an early supper.  Anything else on offer along the way has been pretty atrocious.  I don’t think you come to the USA for tantalising gastronomy.  I'm hoping that as I approach the Gulf coast there will be some nice seafood on offer ?

CHURCHES:  They are everywhere.  They are all rather odd, cookie, pentecostal, evangelical, revivalist type.  I exaggerate not, but in one mile of Highway 90 in the middle of nowhere I counted five churches.  Sometimes, two or three at one crossroads.  The only church on Sunday that had a full car park was the Jehovah's Witnesses.  I’m not sure life can be much fun for the JWs.   Too serious and sober for my liking. Many of the churches have an African-American character to them.  It being a Sunday as I write this section, I know some readers will be concerned for my own Sunday observance.  Nothing like worrying about other peoples' observance ! Well, I have only seen one Catholic church, and that was way back a few days.  Palm Sunday I woke at 5:30 am - which seems to be when I wake these days - and tuned in to St Chad’s Cathedral in Birmingham to watch things there.  I think that should do the trick and satisfy the requirements of the Sunday Obligation and help prevent me from going to the place that the JWs think we’re all going to.

POVERTY:  Inland Florida is not a well off place.  The coast around Miami and Palm Beach and such places may be where the money is, but very quickly once inland it is a different picture.  Along Highway 90 there are small towns with nothing going on, lots of trailer parks with abandoned cars and rubbish around, little clap board houses which need a lot of TLC, and a general sense of impoverishment.  I think it's a land where people eek out an existence working miserable minimum wage jobs, probably two or three jobs to make ends meet.  Food drives and food larders are advertised by all those churches I have mentioned.  It isn't the land of milk and honey.  That's owned by the rich few, and they don't live in these parts.  I'm expecting as I carry on, except in a few bright spots, to continue seeing deprivation and poverty as I've seen so far.  My sense is the US is fine for the few, but for the many it is a pretty basic life of just about managing.  Maybe the UK isn't such a bad place, after all ?  Now, I won't go on about Little Rishi and his current problems.  Except to say, what problems being married to an Indian billionaire heiress must bring.

And so it’s on and on, to Pensacola, Dauphin Island, Biloxi…….over the next few days.  And, hopefully, some decent food.

Well, I don't have anything better to do than take pictures of my meals when I'm eating alone.  So, here are some of the more appetising ones ......  As for the rest, well, they are not worth a picture. 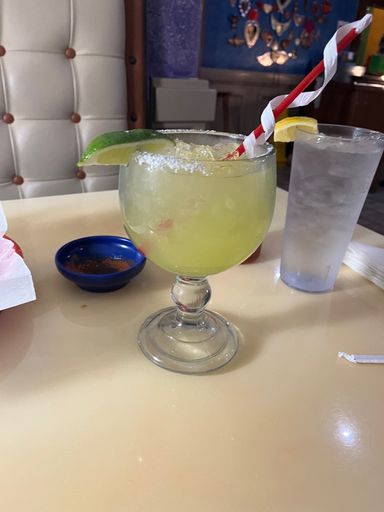 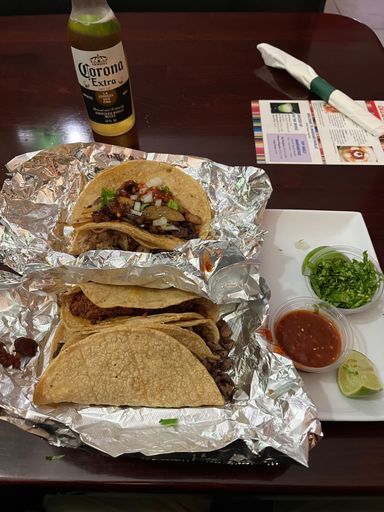 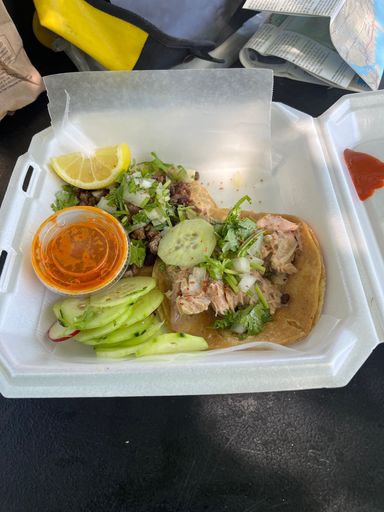